Much more than a hands-on job!

In the context of a major labor shortage, Magog-based Lefko called on Cible’s expertise to undertake a strategic analysis of its HR positioning to develop a “career” microsite and a digital recruitment campaign.

Lefko stands out for its dynamic work environment and the opportunities it offers its employees, on both a personal and professional level. Following the HR positioning statement developed by our team, “Human, our first resource”, a microsite with Lefko’s colors was created to echo its corporate culture, its social involvement and its desire to constantly improve the quality of life of all its work teams.

A job molded for you

The main objective of the microsite is to promote the company’s employer brand and the various jobs available internally. Different job descriptions and forms have been created according to a clearly defined editorial line and graphic charter. There is also a conversation module linked to Lefko’s Messenger system to facilitate contact with future candidates. In addition, various communication and visual tools have been created to improve internal communications.

A digital campaign and content strategy, featuring creative variations such as banners, videos and carousels, was published on Facebook, LinkedIn and Instagram to guide Lefko’s recruitment plan and maximize future candidates’ interest.

Digital advertisements, deployed in the Eastern Townships and Montérégie regions, generated a high interest in the company: several new recruits were hired, close to 100,000 people in the area were reached, and the animated advertisements obtained a high viewing rate.

Upstream, an audio ad was deployed on the Spotify platform and on the radio to maximize the campaign’s visibility and reach the targeted audiences. 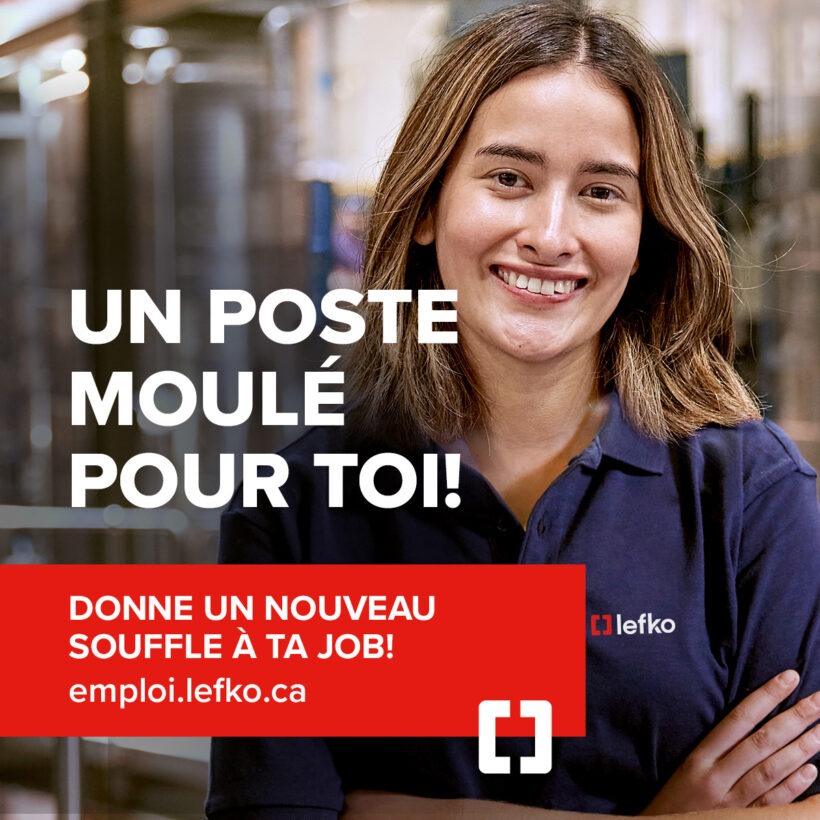 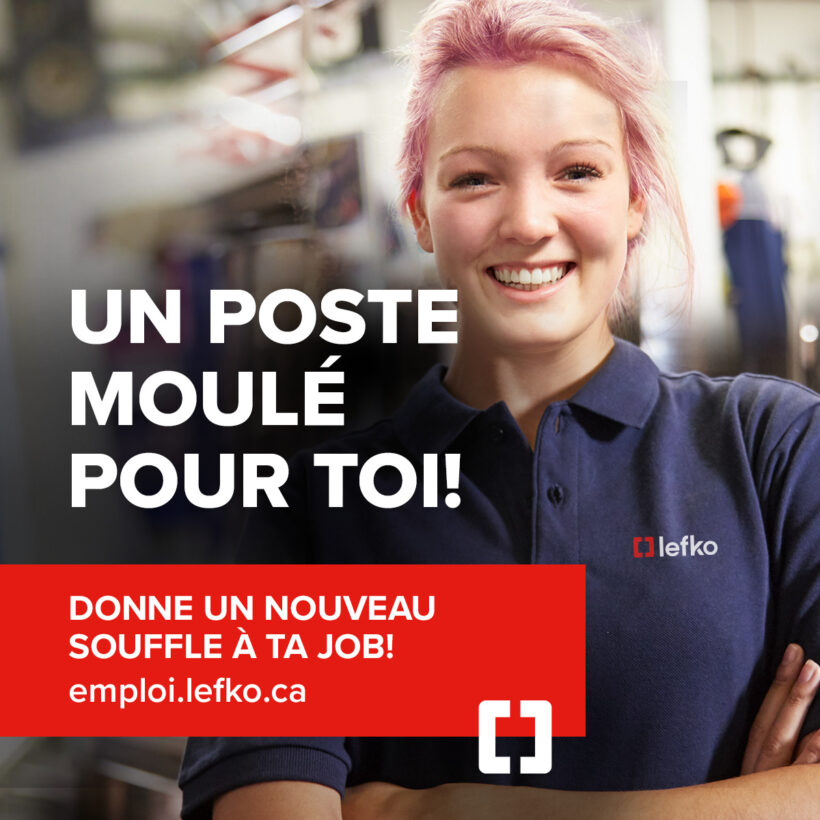 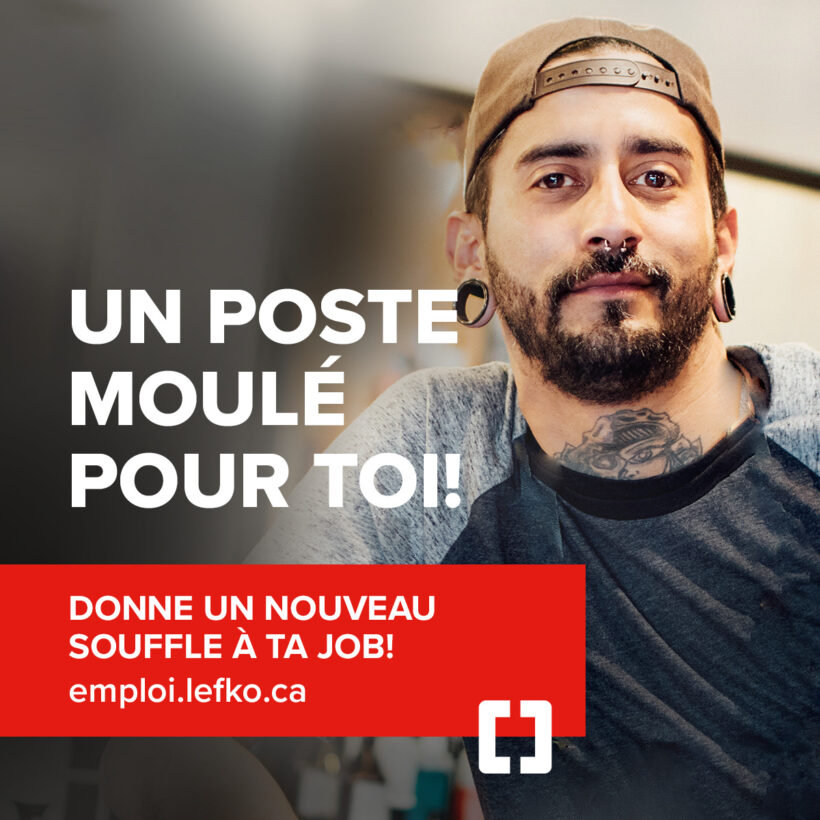 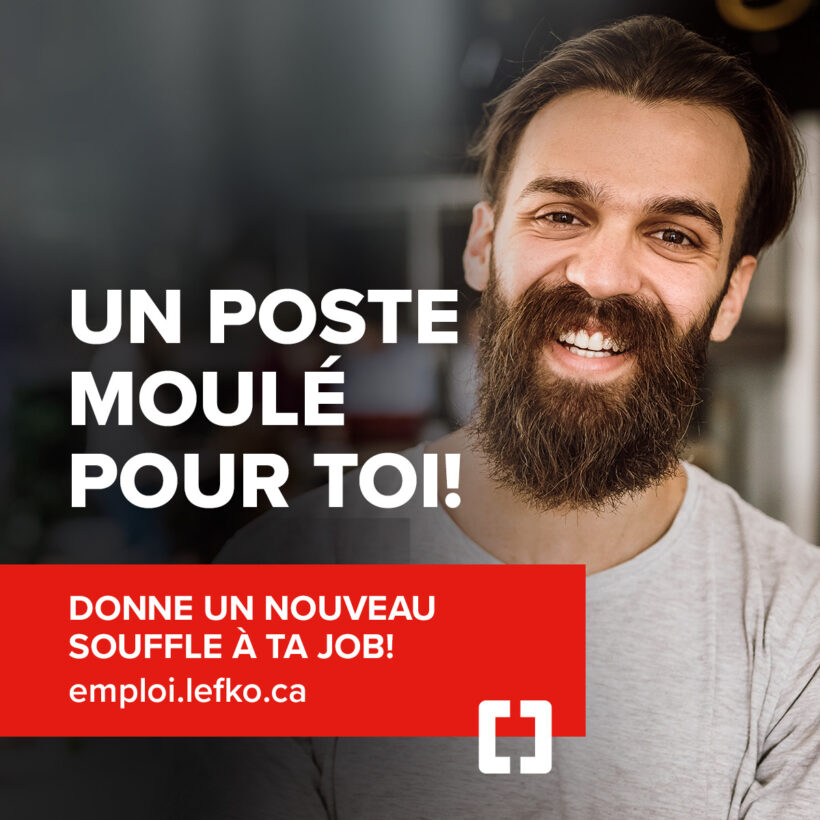 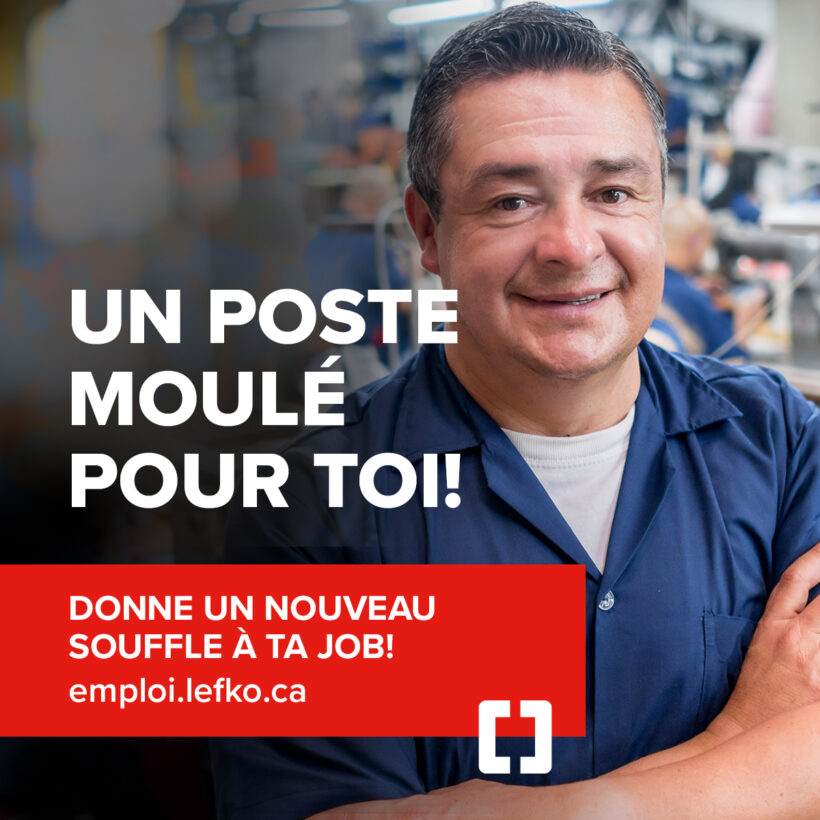 The fabulous world of Crousset Spices

The world is constantly changing — so are communications and marketing

Receive our newsletter so you don't miss out on the latest news.